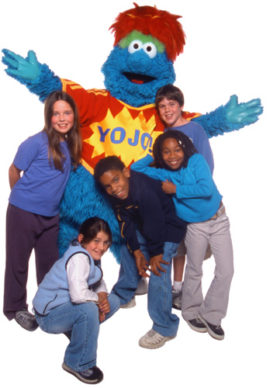 This big, blue, wild and groovy creature called YoJo is essentially a living cartoon character and was created to perform motivational and educational comedy shows for large groups of children such as elementary schools, festivals or malls.

YoJo is definitely not your simple theme-park character. His personality is MUCH more athletic, animated, and comical. His style of “cartoon personification” is very similar to what a skilled sports mascot performer aims to accomplish. However, YoJo is not a sideshow act at a ballpark … YoJo is the show!

With the help of additional talent and the use of new technologies for sound effects and music, great possibilities arise for hilarious entertainment. We strongly believe that YoJo’s unique style of performing is vaudevillian style comedy for the 21st century.