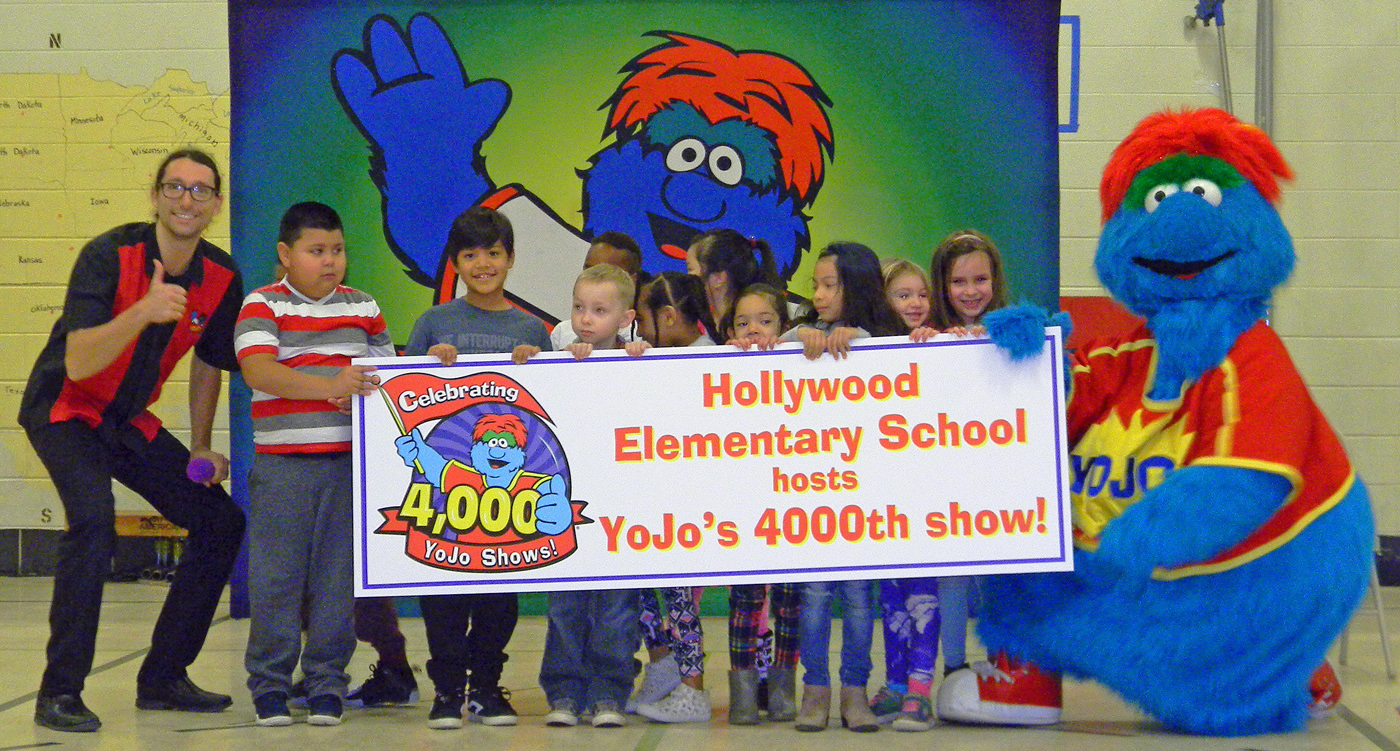 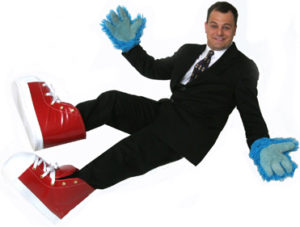 The creator, producer, and main performer of YoJo is Bromley Lowe who has quite an extensive professional background being a “character” …

You see, for over 10 years, Bromley made his entire living performing as a Major League Baseball mascot for the Baltimore Orioles. As the head performer of “The Oriole Bird” from 1994 – 2004, he entertained millions of fans during Orioles home games and at thousands of outside
promotions.

He also helped create the concept for the Baltimore Ravens’ trio of mascots: Edgar, Allan, & Poe. For four years, Bromley performed as the original Edgar, and was even selected as a NFL Pro-Bowl mascot. He performed at Superbowl XXXV in Tampa, Florida, and cheered on the Ravens during their championship victory.

He started this career of mascotting while attending film school at The American University in Washington, DC, where he performed as their eagle mascot “Clawed!” Bromley was recognized as one the nation’s top 10 college mascots by the Universal Cheerleaders Association.

In 1999, the idea of YoJo started to form as Bromley wanted to create his own independent mascot that would be more than just a sideshow at sporting events. The thought was to combine his very animated mascotting skills with extra talent and enhanced production qualities. This dream finally became a full reality when the first show debuted at Beltsville Elementary, the school where his wife was a teacher, in March of 2000. After a few successful years, YoJo’s shows became so popular and frequent that Bromley dedicated himself to producing and performing YoJo as his full-time occupation in October of 2004.

He currently lives in Hanover, Maryland and is married to Leslie, who is the principal of Beltsville Academy. They have a son, Bromley III, and a daughter, Cameron, who both just happen to share the same sense of humor as their dad.

Favorite YoJo moment: “Getting such a great reaction from everyone after our very first show.”

Favorite pastime: “I’ve rediscovered an enjoyment of running, and have run 5 marathons . (All under 4 hours, too. Whoo-hoo!)”

People he most admires: “My family for their incredible support, Cal Ripken, Jr. for his amazing work ethic and Mike Myers because he’s hilarious.”

Unusual fact: Once performed as a mascot in the oval office of the White House and held President Clinton’s “Socks” the cat! (Socks got pretty nervous, actually)

** Important Photo Disclaimer **
Bromley is seen posing with his grand championship trophy after running Ben Moore Half-Marathon in Annapolis, Maryland.  The trophy, however, has nothing to do with the race.  In fact, it was taken from an abandoned and foreclosed property.  But hey – it does make a nice photo.

Bromley being interviewed on
WJZ-TV’s “Morning Edition” in Baltimore.